The University of Graz is a public university in the city of Graz, Styria, Austria. It is the second largest university in Austria, and the largest of its universities in the state with about 22 000 students.

• The university was founded by Archduke Charles II in 1585. In 1782, however, it was closed by Emperor Joseph II, who changed it from university to lyse. Emperor Frans I returned it to the University in 1827, and his name derives from the university’s German-language name, Karl-Franzens-Universität.

• The first job abroad of one of our KFS Finland jet grouting teams was finished after 296 jet grouting columns with 1444m3.

• This proud team will take a lot of experience back home to Finland how to work international together in the Keller group.

• Strengthening foundations with jet grouting has a preventative / corrective action that supports load-bearing structures and hence prevents the sinking of a valuable property. 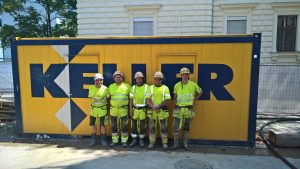 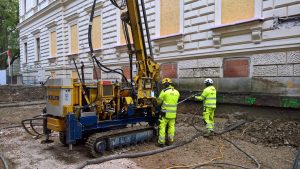 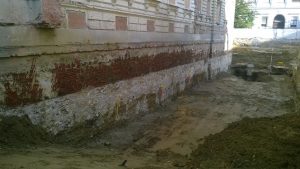