Stabilization is a method for reinforcing the foundations where the clay, silt, mud or turf layer is strengthened into a supporting ground by mixing it with a binder.

The most common deep stabilization method is column stabilization where the soil is enforced by mixing it with a chalk or cement-based binder. The stabilizing machine’s auger is drilled into the ground to the design depth. It is lifted while the binder is poured into the soil and mixed with it. When the binder reacts with the dampness of the soil, cylinder-like columns are formed to enforce the ground. Compared to piling, column stabilization can reduce the costs of the foundations and it also suits well the initial construction of different project sites.

Mass stabilization is a method where a binder is mixed with soil with special mixing equipment attached to an excavator. Mixing is can be done vertically or horizontally layer by layer. This creates an evenly enforced plate-like sector on which different soil structures can be based.

Mass stabilization is used soils that cannot be enforced with column stabilization. The method is often used in harbours to enforce the sediment resulting from dredging. Also, ground that has been dug up and has been planned to be heaped can be made usable again by stabilizing it with this method.

Watch a video of stabilization

Watch a video of mass stabilization 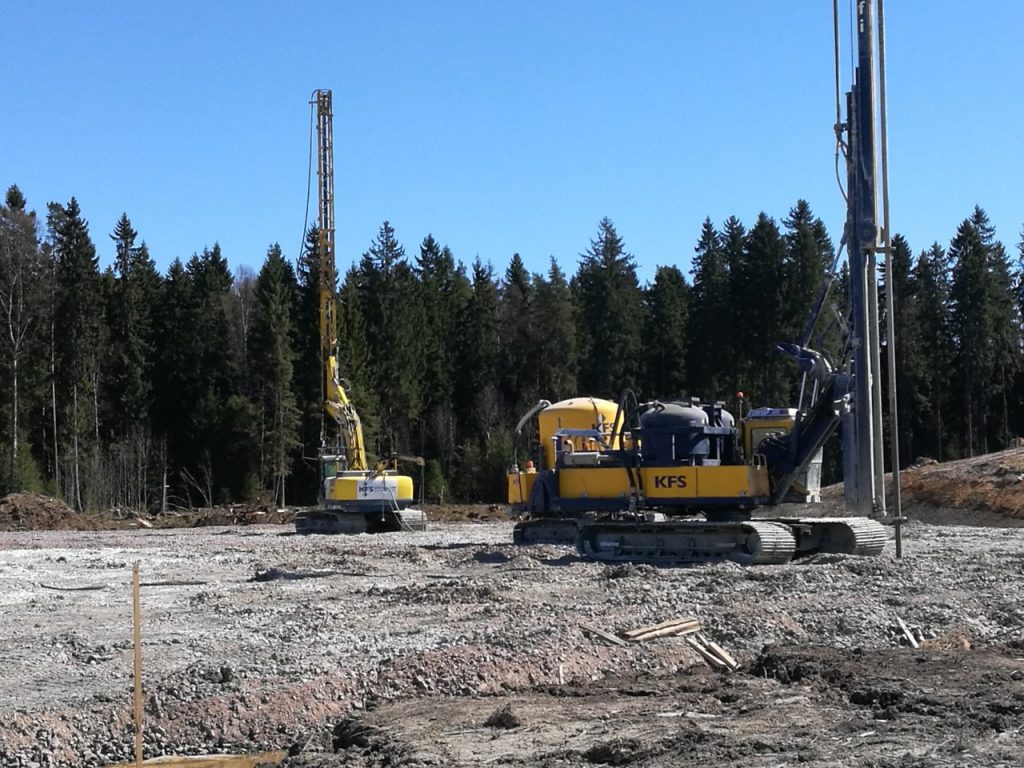 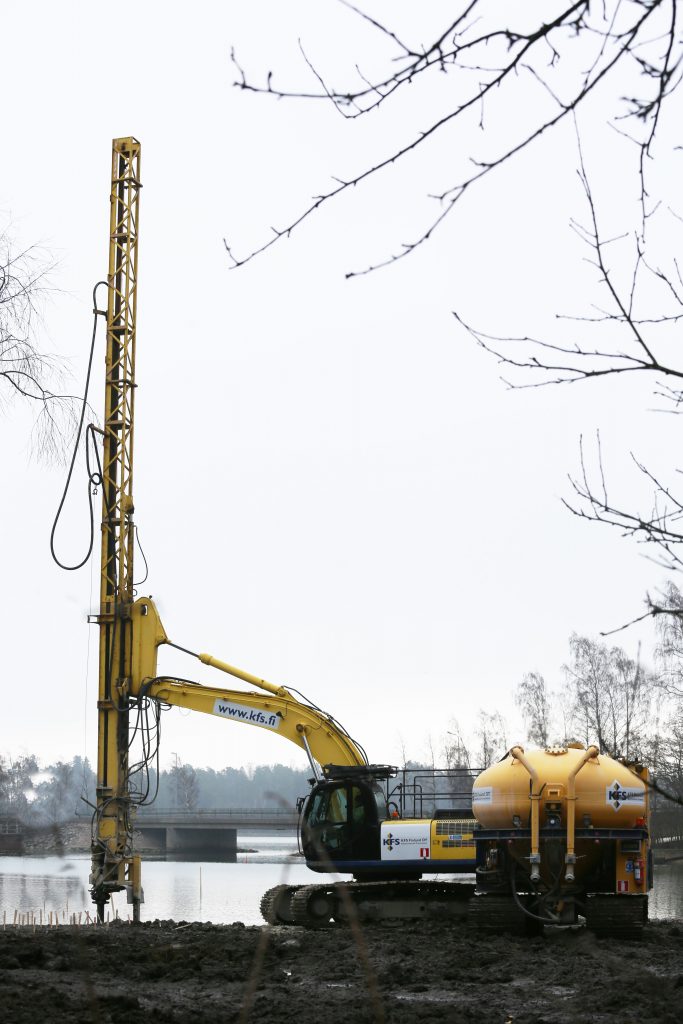