The directive about piles defines the structure of current drilled piles. Drilled piling has become increasingly common and pole sizes have grown while also the variety in the ways of working and competition have led to different kinds of ideas about the use of down-the-hole drilling and piling.

The lack of work instructions and training means that Sotkamon Porakaivo builds its own quality criteria while simultaneously influencing the common quality system of the industry. 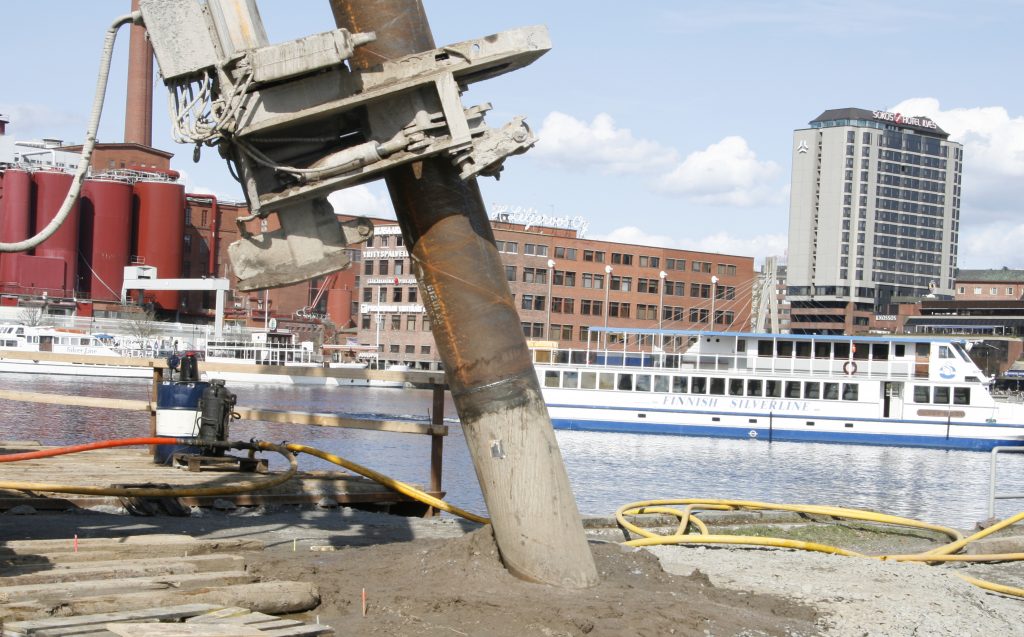 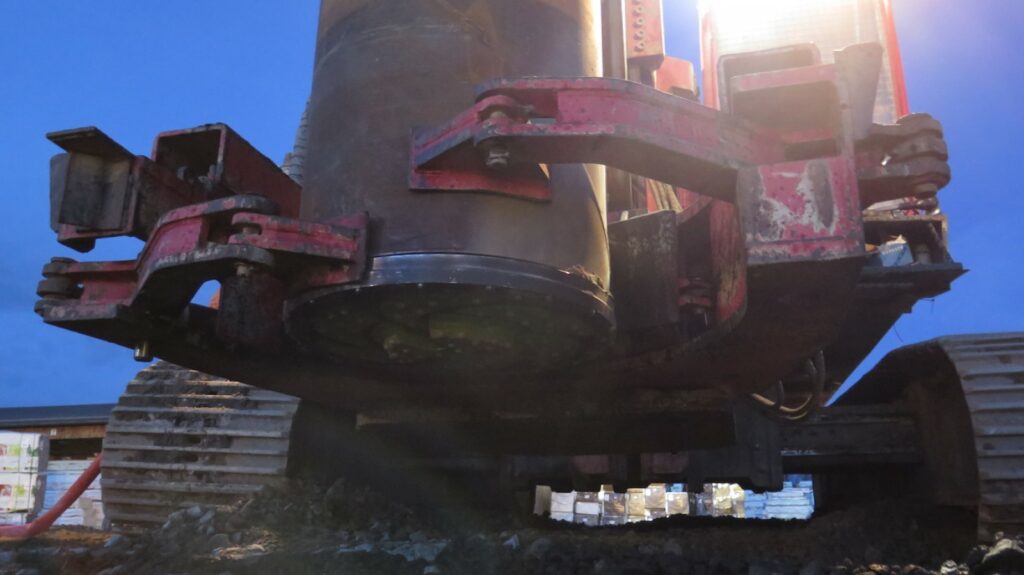 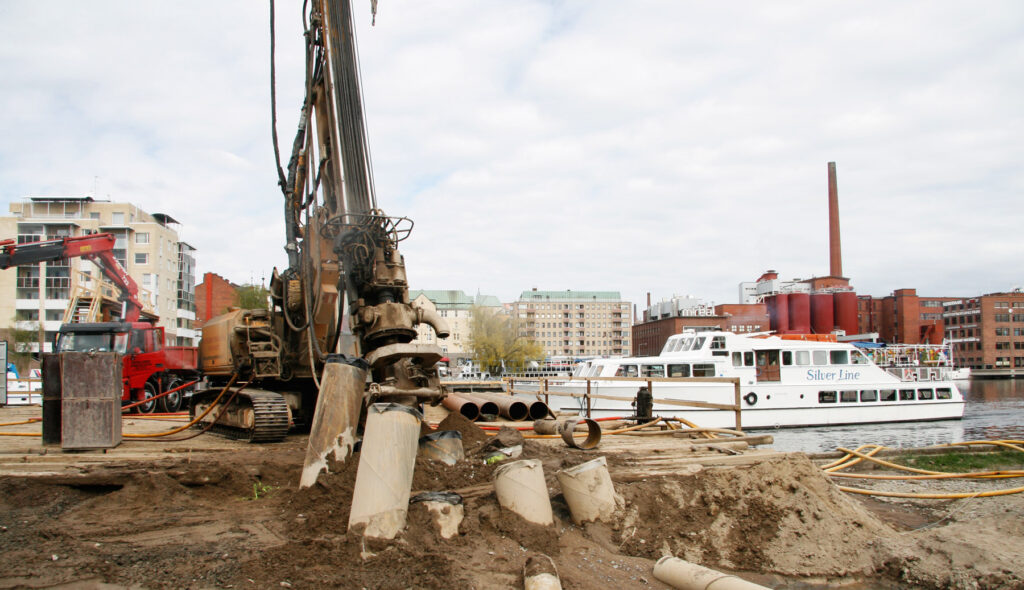 A Pioneer in Down-the-Hole Drilling 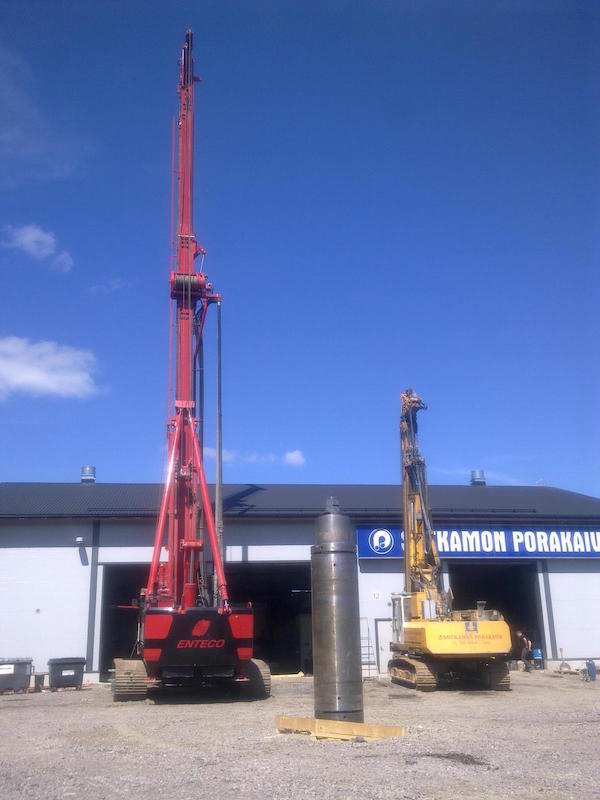 Rocks remaining under pipe can prevent the pile from being securely supported by the rock. These methods of drilling were not originally meant for underground pipes that bear a burden.

Traditional ring bits and all so-called wing bits push the air forwards meaning straight into the soil. Letting too much air escape and the resulting airlift pumping cause a danger to the existing surrounding structures.

We use ring bit equipment also in order to drill the bottom of the pile to intact rock for at least the depth of three times its diameter. The ring head also enables the use of light machines with large diameters.

We use ring bit equipment according to the original regulations for bored piles because then the pile always stays firmly against the surface of the rock. By driving it at the end we make sure that there will be no drifting. 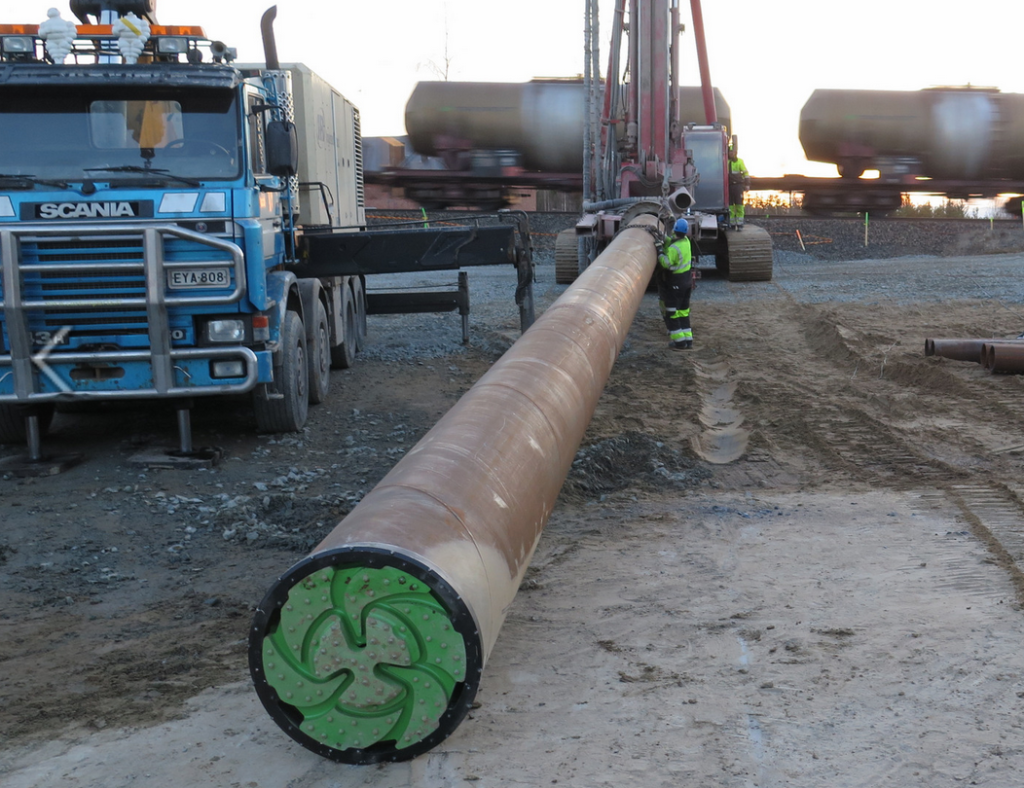 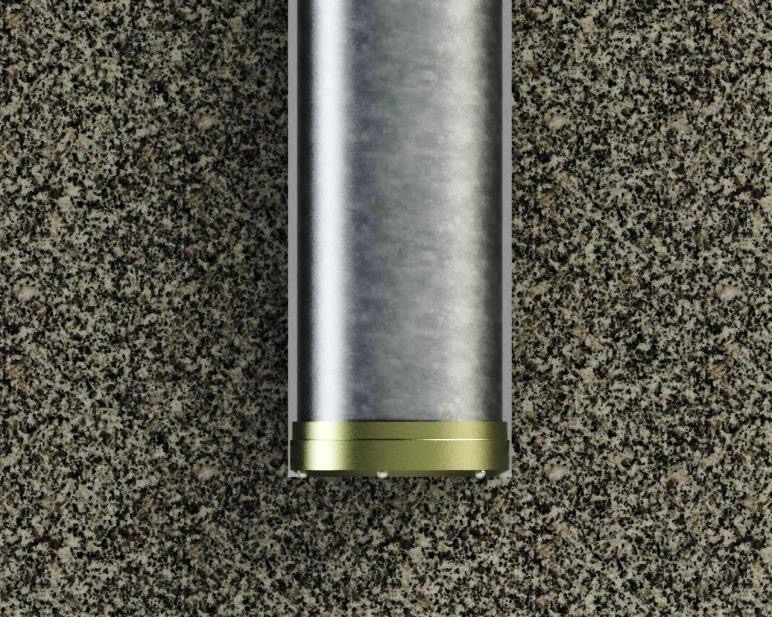